Today I attended an eye-opening UQ BEL Alumni lunch with Tracey Vieira, the passionate CEO of Screen Queensland. The organisation she leads has been responsible for over $1.5b in film money to Queensland and perhaps more importantly, some great in-roads into locally produced, diverse content. 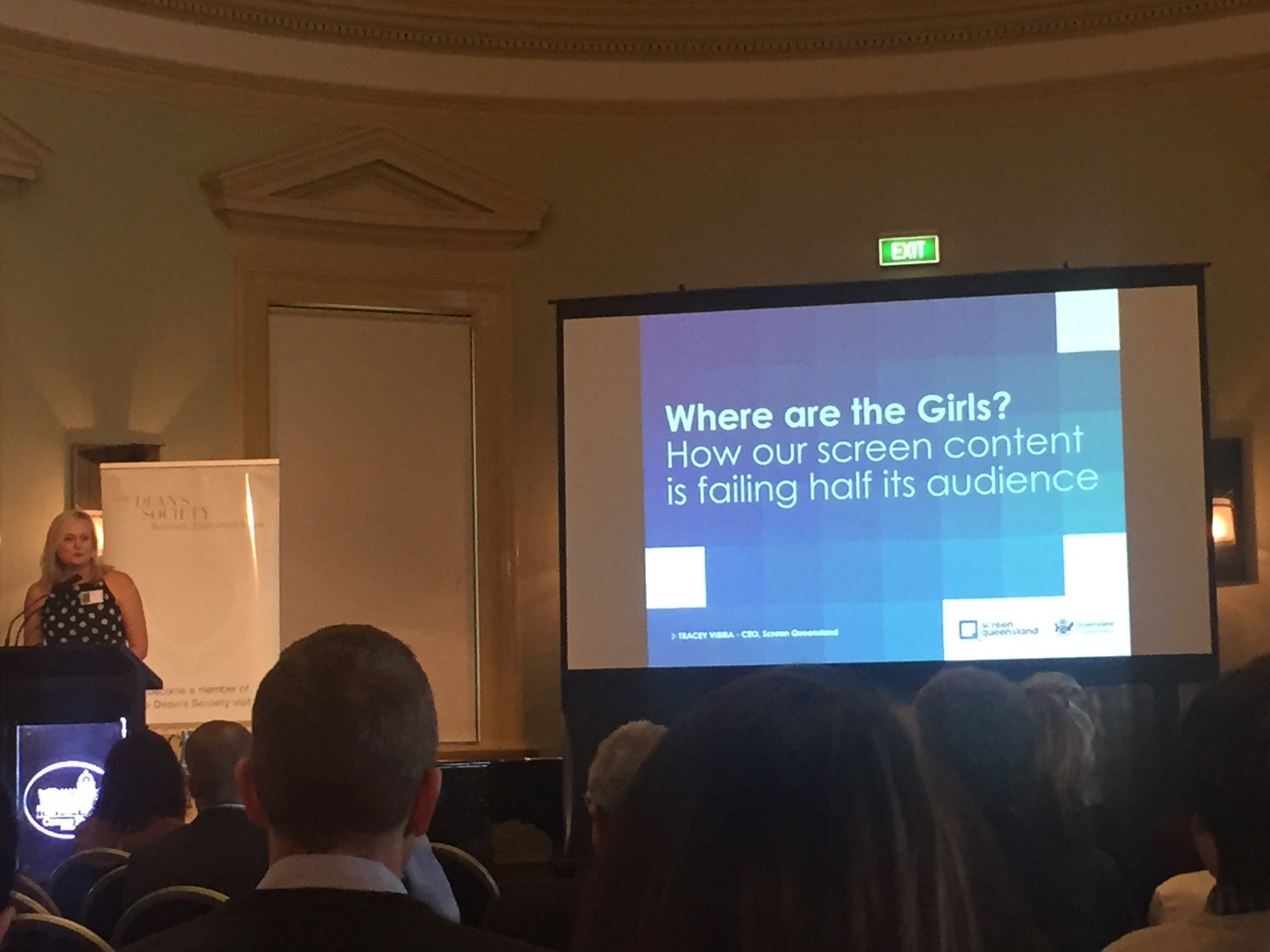 Of course, one attitude is “it’s just entertainment” and leave the gender stuff for the soap box rather than the set top box or the box office. But this ignores the very real role our characters play in shaping our own (and our kids’). After all:

How do you aspire to be something that you can’t see?

In a question that gives away what I do with my spare time, I asked if shows like Orange is the New Black, Transparent, and Master of None were green shoots of diversity in the on-demand market. We explored a fascinating point about viewers’ modern choices of media means they can “click away” from characters that don’t represent them, adding a new pressure on producers to deliver content representing everyone.