January was your break from it. Now you’re back at it. The invitations are pouring in and will continue for the rest of the year.

I used to hate meeting people. The fear of looking like an idiot. The pressure to be interesting. The precarious, multi-layered canapes that seem destined to topple down my new, white business shirt.

There are ways to make networking and meeting people less terrible, manageable and maybe even a lot of fun. But there are also hard lessons you learn when you’re young that help clear the way to some really great night out.

Here are four of them:

Maybe it’s a Gen Y thing, but the first few events I went to, I thought that I was a star just waiting to be revealed. I found conversation easy and got along most people at university. I just needed a smile and a suit jacket and everyone would talk to me.

The truth is unless you’re the keynote speaker, a corporate celebrity or at least have enough grey hair for people to assume that you’re important, people aren’t going to flock to you. Most people aren’t on the lookout for young hopefuls like you. Sure, they want to meet big fish (maybe), meet their friends (probably), and score free food and booze (definitely), but meeting you? Don’t count on it.

That doesn’t mean people are rude, they just might not notice a kid standing in the corner looking lost. And if they suddenly spot a familiar or famous face, you’re about to get an apologetic farewell.

The question of whether people should act like this is irrelevant. People do. The solution to this is at tip #2:

Let’s face it, everyone would rather be home eating a bag of Doritos in their Pajamas. Get over it. Meeting people takes a whole lot of effort and usually much more than you’d care to give.

So smile, be curious and (most importantly) swallow your pride and go up and say hello. And read tip #3:

3 – Most people aren’t that terrible to meet

I get it. You spot two or three people that are already talking. Won’t they be annoyed if I barge in? The answer is simple: would you be annoyed if someone did that to you? If someone joined you with a smile and a handshake, would you say “please leave us alone. We’re busy thanks”? Of course you wouldn’t! And unless they’re total jerks, they won’t either, so go and say hello.

And don’t be tentative. Lurking at the edge of the circle is weird. Smile. Clear voice. Just do it. And one final thing:

4 – This might be a total flop, and that’s okay

No matter how witty, suave and charming you are, sometimes everything keeps falling flat. You don’t have anything in common with anyone. The conversation stays on a sport you know nothing about. You feel awkward, boring or tongue-tied. “I should have gone with the bag of Doritos”, you think to yourself.

I’m always surprised when ultra-qualified, obviously brilliant graduates think they’ve ruined it all because they didn’t tell a joke that puts the managing partner in stitches. Trust me when I say that all the jobs aren’t gobbled up by slick graduates with clever banter. Your record is the cake. Your charisma is the icing. Besides, if you’ve never gone home from a function feeling a bit silly, you’re probably playing it way too safe.

The hardest lesson of all is that, like everything, meeting people takes practice. In the meantime, take solace in the fact that everyone kinda sucks at this. Or as Ricky Gervais says: 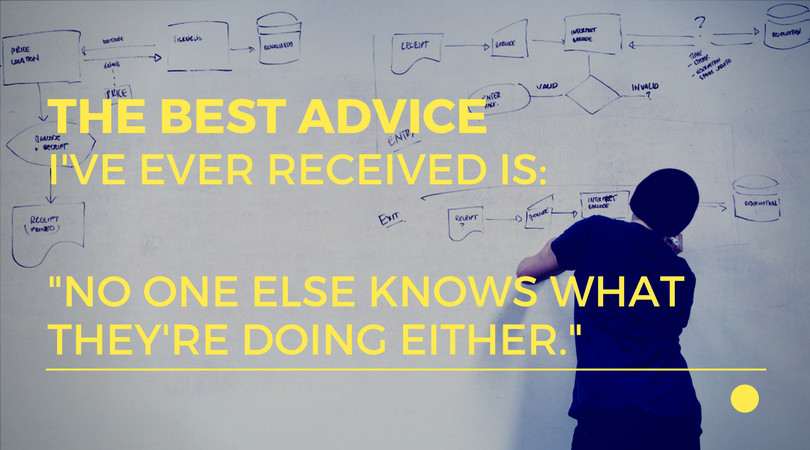